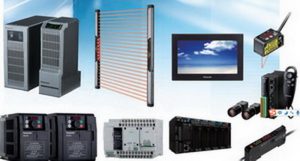 PLC programming is the key of PLC technology, which main determines the quality and function of a PLC. Today, in all areas of production, especially in industrial production, PLC has been widely used. We look at the side of ourselves,the oil, chemical and other industries, all have its shadow.

What field PLC is mainly used in

This is the most basic, the most extensive application areas, it replaces the traditional relay circuit, the realization of logic control, sequential control, both for a single device control, and for multi-cluster control,automated assembly line. Such as injection molding machines, printing presses, stapler machinery, machine tools, grinding machines, packaging production lines, plating lines

PLC can be used for circular motion or linear motion control. In the control mechanism configuration aspect, People early direct use digital I / O modules connecting to position sensors or actuators, and now generally use a dedicated motion control module. Such as a single-axis or multi-axis position control module that can drive a stepper motor or a servo motor. The world’s major PLC products all have motion control function, which widely used in a variety of machinery, machine tools, robots, elevators and other occasions.

Modern PLC basically has a precise high-end PLC programming language, with mathematical operations (including matrix operations, function operations, logic operations), data transfer, data conversion, sorting, look-up table, bit operation and other functions, can complete the data collection, analysis And processing. These data can be compared with the reference value stored in memory to complete certain control operations, can also be used to transfer to other intelligent devices, or print them. Data processing is generally used in large control systems, such as unmanned flexible manufacturing system; can also be used in process control systems, such as paper, metallurgy, food industry, some large control systems.

In the industrial production process, there are many continuous changes in the amount, such as temperature, pressure, flow, level and speed.In order for the programmable controller to process the analog quantity, it is necessary to realize A / D conversion and D / A conversion between the analog and the digital. PLC manufacturers are supporting the production of A / D and D / A converter module, the programmable controller for analog control.    PLC programming is the essence of PLC function part, is its core content can not be missing. In the high-tech, industrial development is more and more rapid, the community will be more and more demand for PLC, PLC programming is imperative to learn.